If you’ve ever wondered the difference between sweet potatoes and yams, here’s your answer!

Sweet potatoes and “yams” can be purchased in the U.S. throughout the year, but they’re most popular between October and December. They are associated with autumn, Thanksgiving, and Christmas. So much so we argued once that Thanksgiving was about sweet potatoes more than turkey.

When shopping for the holidays, you’ll find a variety of products advertised as sweet potatoes or yams. However, true yams are extremely rare in this section of the world, and it is extremely unlikely that what we purchase as a yam is actually a “yam.”

Yams and sweet potatoes are stem tubers – a term to describe stems that grow close to the surface but underground that swells with moisture and nutrients – but are not in the same botanical family. Sweet potatoes belong to the root family called Convolvulaceae, the morning glory family. Yams belong to its own special family called Dioscoreacea.

Some key differences are outlined below:

With the above differences, you may be wondering why fresh and canned sweet potatoes are labeled “yams” in U.S. grocery stores. Interestingly, it was a marketing tactic in the mid-20th century that stuck! Almanac explains “sweet potatoes were only white or yellow. The orange sweet potato was cultivated in the 1930s and it was larger, sweeter, more moist, and fleshier compared to the smaller, yellowish, and drier-fleshed varieties.” Because of these differences, a publicity campaign was run to enforce the orange sweet potatoes’ superiority. It “was called a ‘yam’ because it looked similar to the African vegetable" ("How Are Yams and Sweet Potatoes Different?," 2021).

The term “yam” had been introduced earlier into common American vernacular by slaves trafficked from Africa. They called sweet potatoes “yams.” The combination of the term already being used, and the marketing campaign has resulted in a country that still uses the names interchangeably even 100 years later!

In recent years, however, thanks to food regulations, companies are required by law to label yams that aren’t true yams as “sweet potatoes.” If you look closely, you can see it on their packaging. For example, a can of “yams” will say “Yams, cut sweet potatoes in syrup.”

When choosing sweet potatoes for your menu, Alton Brown recommends picking ones that are “heavy for their size and free of any soft spots or sprouts" ("Learn the Difference Between Sweet Potatoes and Yams," 2021). They will produce the best results.

As always if you have any questions, ask! We’re always ready to help. 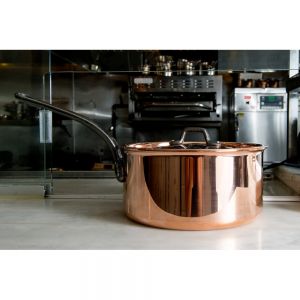 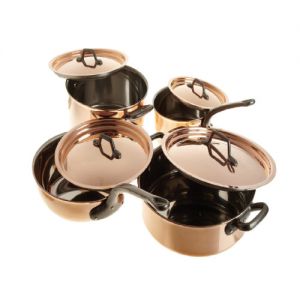