What is the Difference Between a Malt and a Shake?

What is the Difference Between a Malt and a Shake?

Malts and shakes are delicious any time of the year, but there’s something uniquely satisfying about having a cold, sweet drink during the summer months.

Malted milk powder was invented in 1870 by brothers James and William Horlick. It was made for infants as a formula but, because it was easy to carry and calorie-dense, quickly became an ideal food for travelers. It was used so commonly Pharmacies began to sell it.

It was made from malt, wheat flour, and whole milk. The malt itself could come from any grain but was barley was typically used. The barley was processed and milk evaporated before they were blended together and evaporated into a powder.

After it became a common food sold at Pharmacies, Walgreens decided to experiment with it in shakes. They added it to a shake for the first time in 1922. It was so popular, other pharmacies began to add it to their shakes as well.

As they say, the rest is history.

While they have a slightly sour taste compared to milkshakes, malts are still popular today.

Milkshakes have their own unique history. The term “milkshake” was first used in 1885 to describe a drink made of eggnog and whiskey. However, after prohibition laws, milkshakes purely consisted of milk, ice cream, and flavors.

They were made by hand so weren’t common. Shaking and mixing the ingredients together could be time-consuming.

In 1911, Hamilton Beach – one of our most popular and well-known brands- began making drink machines to mix milkshake ingredients together for operators. They ensured milkshakes were so easy to make for customers that more and more restaurants and pharmacies began to use them. Milkshakes then became a staple at soda fountains, pharmacies, and restaurants.

In 1922, Hamilton Beach made electric blenders to make the process even more convenient. They became common in restaurants, making milkshakes more common than ever before. Dairy Queen led the way for fast-food restaurants, adding milkshakes to their menus in 1949 ("The Surprising History of the Milkshake," 2015).

Similarly, the rest is history. Now milkshakes are offered at almost every fast-food restaurant and are made of practically any flavor. Vanilla, chocolate, and strawberry are the most popular. But you can technically use anything – blackberries, blueberries, raspberries, peaches, apples, pineapple, peanut butter, candy, etc.

When making malts, we recommend avoiding fruits. The already sour taste of the malt does not mix well with fruity flavors. Candies, chocolates, and peanut butter mix better with its strong flavor.

For your own drink machines and electric blenders, shop Hamilton Beach. 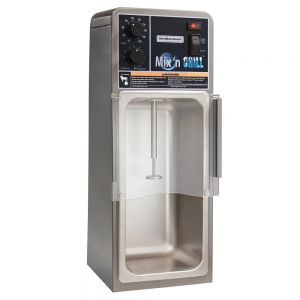 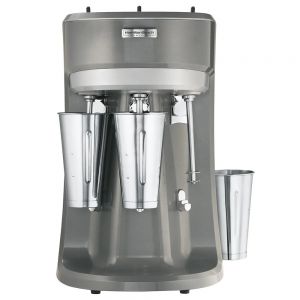 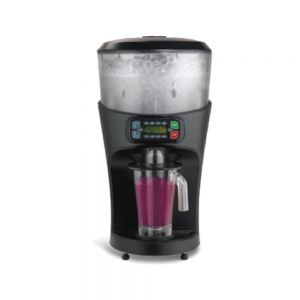 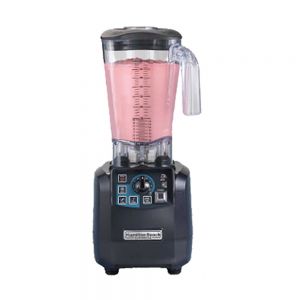